The Far Eastern Studies — a scientific and political journal has six issues a year in Russian, quarterly published in English. The first issue was published in March 1972. The journal is on the list of Higher Attestation Commission (HAC) and included in Russian Science Citation Index.

The journal provides an opportunity to many Russian and foreign readers to get acquainted with the history, culture, politics and economy of the Asian and Pacific countries, monitor the development of international cooperation, bilateral and multilateral relations in this dynamic and strategically important region of the world, which in addition to the leaders of the world economy – China and Japan, as well as fast-growing India, Vietnam and other ASEAN countries – included Siberia and the Russian Far East with their enormous potential.

The authors of the journalare well-known statesmen, politicians and public figures, prominent scientists, employees of government departments, experts and scholars on this topic from Russia and foreign countries.

According to experts constantly reading the journal, it combines political relevance, the constant search for new ideas and methodologies, careful adherence to the best traditions of Russian Oriental Studies, avoids ideologized approach and retains academicism. The wide range of the issues, publication of various thematic and conceptual materials allow the journal to attract the interest of variety of readers, each of whom found in it something informative. 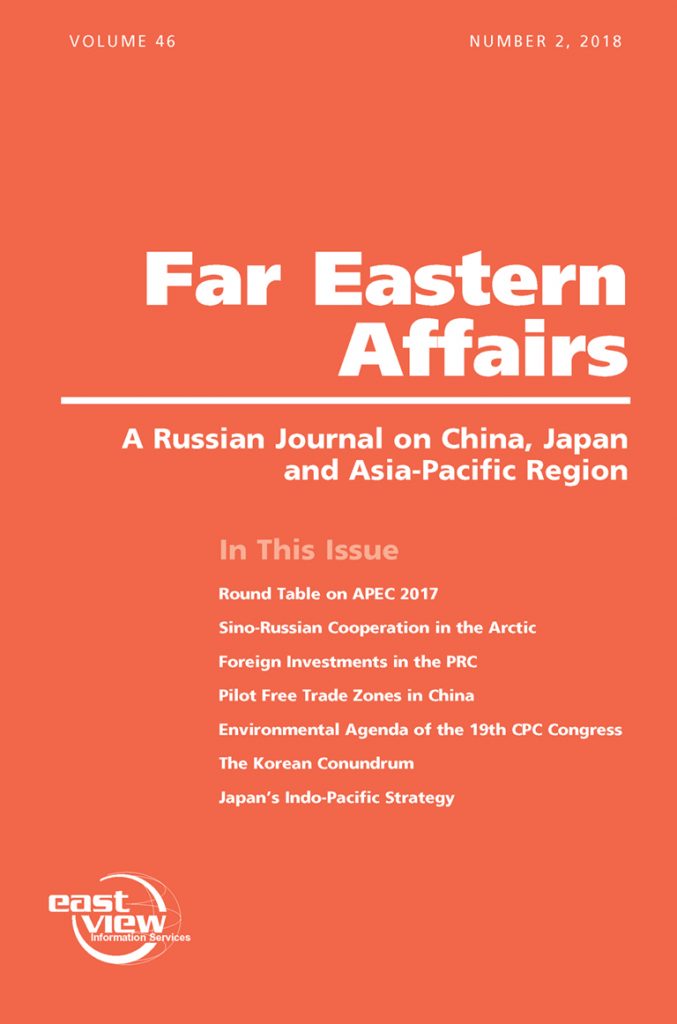 Far Eastern Affairs is a quarterly journal of the Russian Academy of Sciences. Published by East View since 2002, the journal provides in-depth discussion of Russia’s relations with China, Japan, North and South Korea, as well as other countries of the Asia-Pacific region. Russia’s relations with this region, and with China in particular, are key to understanding the shifting balance of power in today’s world. Far Eastern Affairs is an excellent resource for gaining insight into this region and Russia’s role in it. It is also the only scholarly Russian journal available in English on this region.