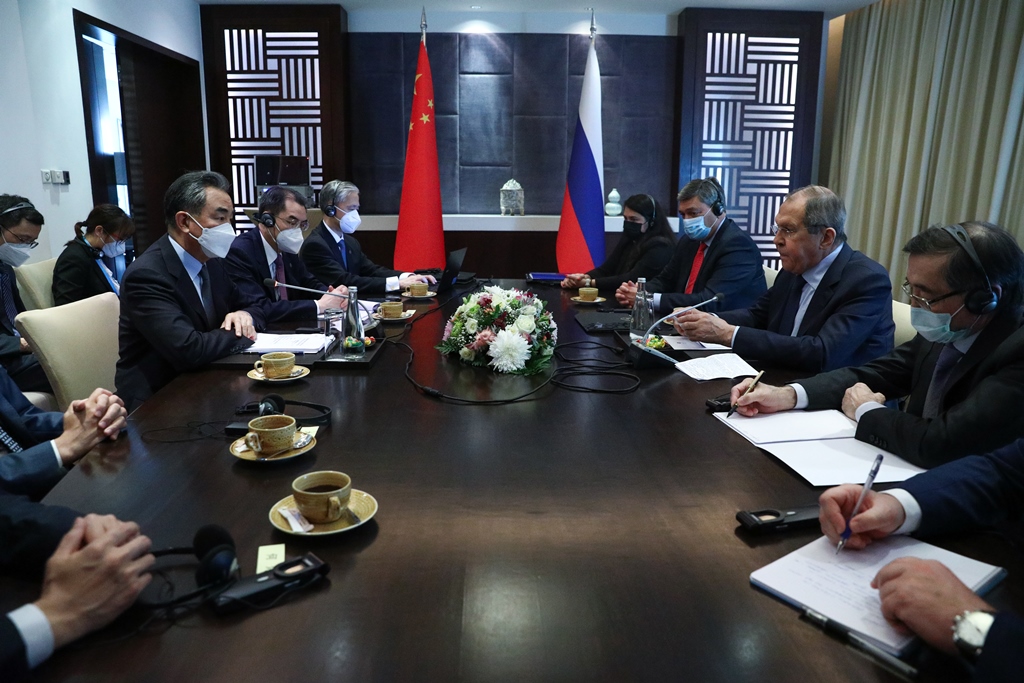 Foreign Minister Sergey Lavrov’s opening remarks during talks with Foreign Minister of the People’s Republic of China Wang Yi on the sidelines of the SCO Heads of State Council, Dushanbe, September 16, 2021

I am delighted to see you and your delegation. We meet regularly, and it is good to see you again during the year of the 20th anniversary of the Russia-China Treaty of Neighbourliness, Friendship and Cooperation. On June 28, 2021, our leaders adopted a special statement on this occasion, in which they praised the treaty’s historical significance and especially its role in shaping the modern model of bilateral relations.

During that conversation, President of Russia Vladimir Putin gladly accepted President of China Xi Jinping’s kind invitation to attend the Winter Olympic Games in Beijing in February 2022. We hope we will be able to hold the summit in person, and that Chinese and Russian athletes will once again prove their exceptional sports and human qualities.

We have regular meetings at the highest level, and our foreign ministers and heads of government meet regularly. There are five intergovernmental commissions in place, led by deputy prime ministers.

Today we will be able to discuss the current state of bilateral ties and the prospects for expansion, plans for the near future. It is important to exchange views on regional matters. Afghanistan is on everyone’s lips. Declarations on this subject were drafted at today and yesterday’s meetings of the Collective Security Treaty Organisation (CSTO). Tomorrow’s meeting of the Shanghai Cooperation Organisation (SCO) heads of state will also focus on Afghanistan, which is a key item on the agenda. We also have a good opportunity to compare notes ahead of the UN General Assembly session.

I am delighted to see you.